“The internet is at a cross-roads”. So says Tim Berners-Lee, the originator of the World Wide Web, in an interview on the BBC today. 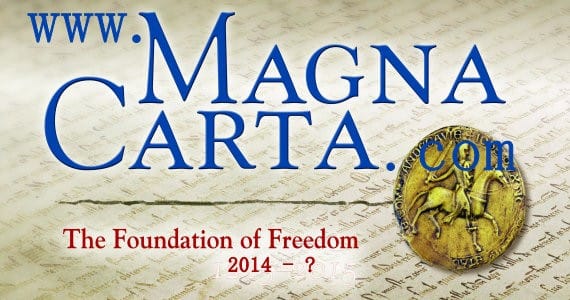 He goes on to explain that the web could take the path of more and more surveillance and monitoring, or it could take the path of being an environment where freedom of expression exists. Tim clearly believes in this latter road and goes on to explain that in order for it to flourish we need a charter, a “Magna Carta” of the web to use his own words, or a “human rights bill” for the web to put it another way.

I am firmly in the camp that supports Tim’s views. As I have expounded in previous posts on this blog, going down the road of surveillance and monitoring under the guise of protecting the public from criminals and terrorists, simply plays into the hands of those who want to control the web for their own ends. This includes governments, who are terrified of what ordinary people can do when they realize the potential power that the web gives them.

But I think that the bigger threat is from those people who see their power being eroded by the web. In particular, media moguls such as music publishers, book publishers, newspaper owners, TV and radio station owners. In the pre-internet world these people acted as gatekeepers to their industries. They controlled exactly what books or music went into stores. Newspaper moguls controlled the news, and in particular, the opinions that were fed to the public, giving them imense power.

Sir Tim Berners-Lee - 12 March 2014
It’s time for us to make a big communal decision. In front of us are two roads – which way are we going to go?

The web has changed all that now. Musicians can publish and distribute their own music online. Online books now allow authors to self-publish – the likes of Amazon facilitate this. And social media has supplanted newspapers as a primary source of news. Even news reported now use Twitter as one of their news sources.

Do we really want to reverse all this, under the guise of protecting the public from what are, in many cases, invented dangers (bogeymen). Do we really want to turn the web into a glorified TV channel controlled by a privileged few using it for their own ends? I, for one, think not and hope that freedom will prevail.

But I’m afraid that my wishes are probably to no avail. I fear that the web will be subject to more and more control. Why? Because of public apathy and ignorance. A large section of the public don’t understand the power that the web places at their disposal if they should choose to use it. They see it simply as a channel to distribute entertainment – TV programmes, movies, music, and games, for example.

Then there is a section of the public that doesn’t care if they are being monitored. Some even welcome it. “If you have nothing to hide, then you have nothing to fear” they chant. My answer to that is to read the provocative poem “First they came…” by Martin Niemöller written in 1947, and then think again.

But the underlying reason why I’m pessimistic is down to the behavior of governments. They will stop at nothing to try to monitor and control the web even if it means doing so surreptitiously which, as we have seen by recent events, they are already doing. Couple this with apathy from a significant section of the public, and I fear that the cries of people like Tim Berners-Lee are going to fall on deaf ears.

I hope I’m wrong. I’d love to hear your views on this. Please post them below.

You've decided that you need a website for your business, or you've already got one that's looking decidedly long in the tooth. You  approach a web designer who tells you his company will design the coolest-looking site you could get. It will cost, or course, but it...

These days, most website developers use WordPress as a platform upon which to build their sites. The main reason for this is that WordPress is free to download and use. Also a wealth of add-on software exists in the form of plugins that can extend the capabilities of...

In recent years, WordPress has gradually become the ubiquitous website development platform for small to medium businesses. But along with its rise in popularity has grow an increasing population of hackers intent on breaking into it.  A WordPress-based website...