One of the LinkedIn groups that I subscribe to recently had a post entitled “Do Businesses Really Need a Website”. The post referred to a survey that has recently need done where 24% of businesses surveyed replied that they didn’t have, or need, a website. My comment to that post was that most of these businesses who don’t have a website would be out of business in a few years time because of the increasing demographic trend towards the use of online technology by both consumers and suppliers.

Having given this more thought I’m now of the view that not all businesses require a website. However, I still stand by my claim that businesses that don’t embrace online technology will, at some time on the not so distant future, be out of business.

The key to unlocking the power of the Internet to promote business is to use it to hold a dialogue with your customers and prospects. The dialogue can be through a blog or social media such as Twitter, Facebook, LinkedIn, YouTube, or iTunes, or whatever arises in the future. That dialogue doesn’t necessarily require a website. Many small businesses do very well just using Facebook. The key here is regular interaction with your audience.

Some people think that all these things that I mention are a passing fad that they can ignore. That is a big mistake because almost everyone, nowadays, is carrying around a computer. It’s called a smartphone. 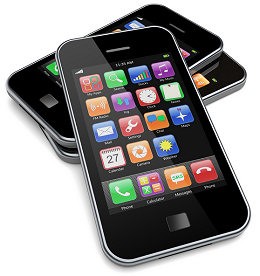 Smart phone are now ubiquitous. They’re everywhere. Actually I hate the term smartphone. These things are actually personal computers. Yes I know that the term personal computer is used, wrongly in my opinion, for a desktop computer, but these so-called smartphones are really personal because we carry them around with us and use them all the time, not just for phoning people, but for all kinds of applications including accessing and interacting with people on blogs and social media site.

The fact is that technology is now in the hands of the people in the street. Most people under the age of 30 are 100% comfortable with it. What’s more, the development of that technology is accelerating and, overall, making it easier to use. So businesses that think they can carry on marketing by simply placing ads in the local paper and having Yellow Pages paid for entries, are fooling themselves.

Embrace the new technology now and start a dialogue with your customers and prospects. Fail to do that and at some point, in the not too distant future, you will go the way of the dinosaurs. Oh, and of you do have a website and it’s a static brochure site, then you fall into this category as well.

This website uses cookies to improve your experience while you navigate through the website. Out of these, the cookies that are categorized as necessary are stored on your browser as they are essential for the working of basic functionalities of the website. We also use third-party cookies that help us analyze and understand how you use this website. These cookies will be stored in your browser only with your consent. You also have the option to opt-out of these cookies. But opting out of some of these cookies may affect your browsing experience.
Necessary Always Enabled
Necessary cookies are absolutely essential for the website to function properly. This category only includes cookies that ensures basic functionalities and security features of the website. These cookies do not store any personal information.
Non-necessary
Any cookies that may not be particularly necessary for the website to function and is used specifically to collect user personal data via analytics, ads, other embedded contents are termed as non-necessary cookies. It is mandatory to procure user consent prior to running these cookies on your website.
SAVE & ACCEPT
Back